So that makes this one! The one!

Another year closer to retirement … but still long way to go!

Espoo, Finland – Nokia today expanded its range of classically designed mobile phones with the launch of three new, high-performing handsets. The Nokia 207, Nokia 208 and Nokia 208 Dual SIM combine the familiar ‘candybar’ design with Nokia’s signature bold colors and 3.5G-capable Internet speeds. Popular social apps, smarter imaging and productivity features such as Internet-sharing and Mail for Exchange support make these phones some of the most versatile at their price point; perfect for 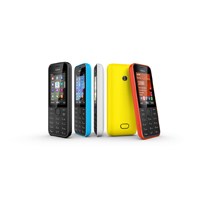 "The Nokia 207 and Nokia 208 are designed for people who like a classic phone and traditional keypad but don’t want to miss out on smartphone experiences, like staying connected to social media and accessing the Internet," said Timo Toikkanen, executive vice president, Mobile Phones, Nokia. "As our most affordable 3G devices yet, the Nokia 207 and Nokia 208 offer a perfect balance of performance, features and quality."

The Nokia 207 and Nokia 208 are ideal for use on-the-go, with a familiar, alphanumeric keypad for speedy texts and messaging, and Mail for Exchange for staying on top of work email and calendar appointments. The Transfer app, available today in the Nokia Store, allows people to sync contacts directly from their smartphone* and transforms the Nokia 207 and Nokia 208 into secondary or companion devices, perfect for travel. The Nokia 208 Dual SIM has the added benefit of Nokia’s Easy Swap technology, allowing people to change SIM cards without turning off the device, to take advantage of more favorable tariffs.

Consistent with devices across the Nokia Mobile Phones portfolio, the Nokia 207 and Nokia 208 offer faster and more affordable mobile Internet experiences. Support for 3G coupled with the data compression available with Nokia Xpress Browser help people enjoy rich mobile experiences at lower cost. These experiences include top social apps such as WhatsApp**, Facebook and Twitter, alongside video streaming through YouTube and Vuclip. For even greater versatility, people can also use the Nokia 207 and Nokia 208 as a portable modem, simply by connecting the device to their laptop via a USB cable for Internet sharing anywhere, anytime.

The smart camera features of the Nokia 208 make taking pictures more enjoyable, with voice-guided self-portrait, sequential shot and panorama mode giving people more playful imaging options. Sharing photos is a breeze with the Slam feature that allows people to share images with another Bluetooth-enabled device in just a few clicks. 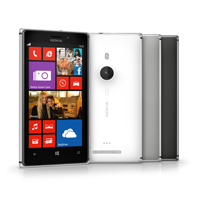 So I have been blogging for a while.  I started off using CommunityServer and then in the last year or so upgraded to WordPress.

My blog is hosted at home using Windows 2008 R2 on Hyper-V.  At home I use Virgin Media for my Broadband, and as I get a dynamic DNS, I use dns2go to public this blog.

It has happened a few time recently, where my home broadband just stops working, be it a router issue or outside network.  This is a royal pain the butt!

So, this week I signed up with WordPress, and paid for a business subscription.  I have move my data across (which was really time, wordpress to wordpress) and now have http://blog.flaphead.com alive and kicking on hosted wordpress.

So far so good, I have a new layout and I hope you like it.  Now in theory RSS should still work fine and I plan to move http://blog.flaphead.dns2go.com to wordpress over the weekend.

So if you experience any issues, surf to http://blog.flaphead.com  and re-add.

Dancing at Liverpool Street Station… singing at Heathrow airport… if you liked all that, you’ll love this. It’s a magical event of truly fairy tale proportions and it’s only available online. It literally went live 30 seconds ago. So pick up a Union Jack, grab a hankie and say ‘I do’ want to watch it on YouTube now.

I know it’s a bit late, but Interesting: http://blog.avicode.com/post/2010/10/06/From-the-CEO-AVIcode-Acquired-by-Microsoft.aspx

… It is with great pleasure that I announce AVIcode, Inc. has today been acquired by Microsoft. Both AVIcode and Microsoft share a common vision about the evolution of application performance management and monitoring and the ever- growing need for organizations to gain 360-degree visibility into both application behavior and user experience.

As a wholly-owned subsidiary of Microsoft, AVIcode will continue to support our worldwide base of users. AVIcode will fulfill its commitments to these customers and assist them in the transition to Microsoft’s systems and processes. Moving forward, our customers and the larger application performance management (APM) market will benefit greatly from the strength of the pairing of Operations Manager with AVIcode’s technology. Critical datacenter applications and services will be more reliable and more available than ever before, driving business success and user satisfaction.

AVIcode’s products are designed to protect software investments by simplifying maintenance and troubleshooting, dramatically reducing defect resolution time. Its flagship product, Intercept Studio, detects crashes, critical exceptions (both handled and unhandled) and performance degradations of production applications. These runtime event details and associated root cause information are collected immediately and presented to the personnel responsible for the health and management of production applications.

REDMOND, Wash. — Oct. 19, 2010 — Microsoft Corp. today announced Microsoft Office 365, the company’s next generation in cloud productivity that brings together Microsoft Office, SharePoint Online, Exchange Online and Lync Online in an always-up-to-date cloud service. Office 365 makes it easier for millions more organizations to get and use Microsoft’s award-winning business productivity solutions via the cloud. With Office 365, people can work together more easily from anywhere on virtually any device, while collaborating with others inside and outside their organization in a simple and highly secure way. As part of today’s news, Microsoft is also opening a limited beta program for Office 365 in 13 countries and regions.

Today at 12 p.m. PDT, Microsoft will launch http://www.Office365.com. Customers and partners can sign up for the Office 365 beta and learn more at that site, or follow Office 365 on Twitter (@Office365), Facebook (Office 365), or the new Office 365 blog at http://community.office365.com to get the latest information.

Your kids can do a great job on even the toughest school projects with just a computer running the Windows operating system and the right information resources. Research no longer requires a trip to the neighborhood library, because a whole world of information—and the tools to put it all together—are right at home on your family computer.

Here are four homework power tools that can turn your children’s ho-hum project into A+ work: